Dean Wood is technically in Rivington, but being North of Sheep House Lane I have always thought of it as part of Anglezarke, hence its inclusion here.  There’s also a lot of history to the woodlands, so it’s worth researching and writing about for that reason, too! 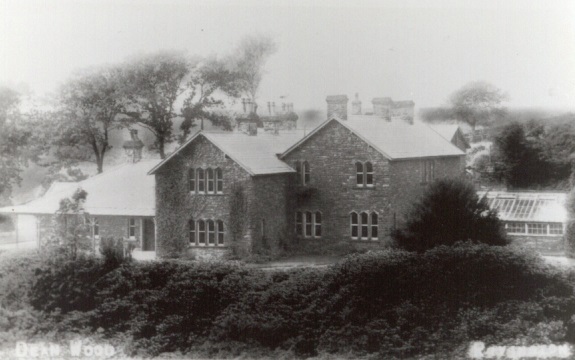 According to the Lancashire Wildlife Trust, who manage the woodland:

Dean Wood is an impressive site; this deep, narrow, wooded clough is typical of those found on the West Pennine Moors.

The lack of undisturbed wooded valleys in the local area and the relatively unspoilt nature of Dean Wood mean it is a special haven for wildlife. From the public footpath, you can see that most of the reserve is woodland made up of sessile oak with ash, beech, birch and rowan. Shrub species such as hazel, holly, elder, alder, hawthorn, honeysuckle, grey willow, blackberry. dog-rose and raspberry occur on this reserve. The mosses and liverworts characteristic of woodland grow on rocks, bark and soil giving the site a unique appearance especially in winter.

In addition, Dean Wood has an unusually rich variety of flora for the West Pennines area perhaps because it has experienced relatively little disturbance for many decades. 69 species of bird have been recorded on site many of which are known to breed in the wood.

Dean comes from the Old English “denu”, which means valley.  Through Dean Wood flows Dean Brook, which starts on the slopes of Noon Hill.  Now that’s in Rivington even in my book!  You can see it on Ordnance Survey maps, named “Shore”.  It is very steep-sided here, and it flows under the road and through the land of Moses Cocker where you can see evidence of marine band fossilisation.  After a short twist through fields it is into the woods, where there is a 60 foot high waterfall, and it ultimately flows into The Breeding Pond, which is a small reservoir which in turn feeds into Upper Rivington Reservoir – the one with the island. 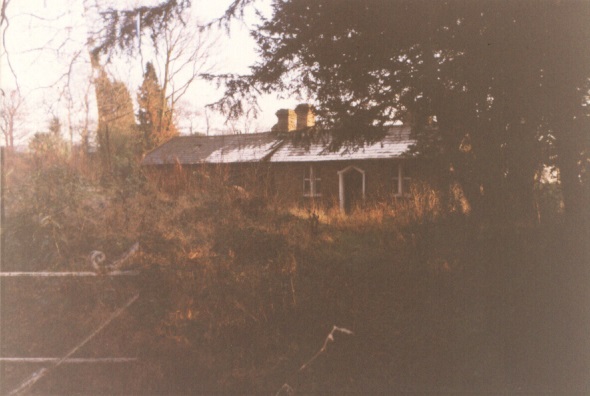 A fairly recent photo of the property

The oldest tales I have on the woodland go back to the turn of the 20th Century.

In Thomas Hampson’s History of Rivington, 1893, is a poem about the wood:

Sweet Valley of Dean, where the fairy is sleeping,
In softest repose by the side of the stream,
Which falls from the rock where the siren is peeping,
And lulls the soft echo, who laughs in her dream.

The book also mentions “Sol as Monarch marches triumphantly through the air”.  No, I’ve not got a clue, either.

Of all the sylvan scenes that lie around
The town of Chorley, none more fair are found
Than bonnie Dean Wood….

Long may she live to greet the stranger there
Who comes to feast his eyes on her domain so fair.
What a lovely place it is!
Fern-clad bank and precipice

Meet the eye at every turn;
Smiling here and there most stern,
Cool green depth and tree-crowned height
Fitting haunt of elf and sprite;

Every forest tree is seen,
Every shade of living green;
Mark yon rock, abrupt and steep,
Down whose face two streamlets leap

How dissimilar their hue;
This of purest crystal view,
That a tawny coloured tide,
Stains the rock o’er which they glide,

Deep into the pool below
You can trace its wonderous flow.
It is indeed a very fairy realm
Whose beauty doth description o’erwhelm,

One fancies some fierce elf will bar his way,
Or merry Puck will lead his steps astray;
Here may Titania and Oberon
Have held their revels in days agone,

But mortals have usurped the fairie’s seat,
No more they dance around with tireless feet
By yonder fountain, in the moonbeams dim,
Or frighten benighted men in guise of goblins grim,

But though the fairies have long left the spot,
Lancashire witches, well I ween, have not.
As Moore has sung : The best scenes improve
When we enjoy them with the friends we love.

Dean Wood House was built from the ruins of Turner’s Farm, which was swamped by Yarrow Reservoir around 1867.  In 1898, a Mrs. Swithells of Dean Wood complained about the state of the steps and footpaths in the woods, and £4-6s-6d was spent repairing them.  Then, in 1902, she opened the grounds of the house, and placed collecting boxes for donations, all of which went to local charities.  However, only three years later, the woods were closed by their new owners, the Liverpool Corporation – although you could still walk along the side, along a footpath. 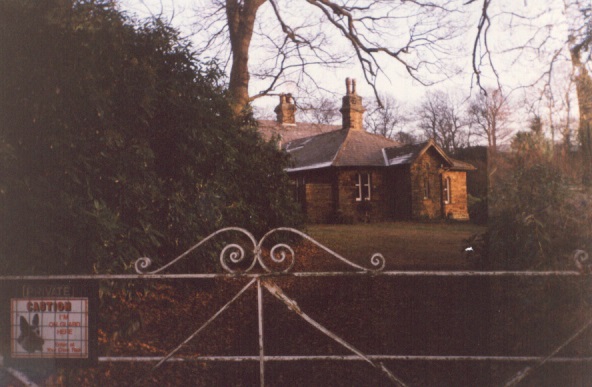 A very eerie story is told of this footpath, beginning on a winter’s evening soon after the turn of the century, when a farm labourer living on Dean Head lane dashed terror-stricken into the Black-a-Moor’s Head Inn, and startled the members then in the club with the statement that he had just seen the devil.

He was terrified, breathless, and almost exhausted, so he was given a drink and a seat by the fire until he had recovered composure enough to tell of his unnerving experience. He said that he was walking the narrow footpath along the north side of Dean Wood valley, and thinking how he would enjoy a drink of beer when he got to the club, when, at the spot where the footpath is nearest to the steep side of the valley, something made him look round over his shoulder, and there, almost touching him, was the Devil, horns and all. Whereupon, almost scared out of his wits, he fled, as fast as his legs would go, for the club, expecting at any moment something terrible to happen to him, but he arrived there safely.

Afterward he would not talk of his hair-raising experience, except to affirm that all he had stated was true.

Three months later his dead body was found near the brook in Dean Wood valley, directly under the spot where he had seen the devil.  He had evidently fallen from the top of the steep side of the valley to the bottom.

Local metal band Arendia tell of this tale in their 2016 track “Maw Of The Rift” http://www.arendia.co.uk/?page_id=345

A Mrs. Cooper lived here in approx 1920, and there is a photo of her by one of the waterfalls in M.D.Smith’s About Anglezarke book.

The property in Dean Wood suffered a fire in August 1931.  Mr. and Mrs H. Farmer and their four children lived here, and a Mr. Shawcross helped douse the flames.  Thankfully it was put out sufficiently, as it is still a posh dwelling to this day!  Mr Shawcross was the works manager at Horwich Loco Works.

The Anglezarke Recreation Studies, which came before the West Pennine Moors Action Plans, refer to Dean Wood as an area requiring the maximum possible amount of preservation possible.  It is described as “a fine, undisturbed oakwood, probably the most interesting piece of oakwood in the region, and is currently the only known nesting site for the Pied Flycatcher in Lancashire”.