The location is near to Peewet Hall, and was farmed by members of the Cocker (of the famous Moses Cocker and his flying machine) family in the 1700s.  There were 34 acres to the property at this time.

In 1824, Thomas Pilkington lived here.  The Pilkington’s also lived at this time at the landmark farm of Drinkwaters, near Great Hill. 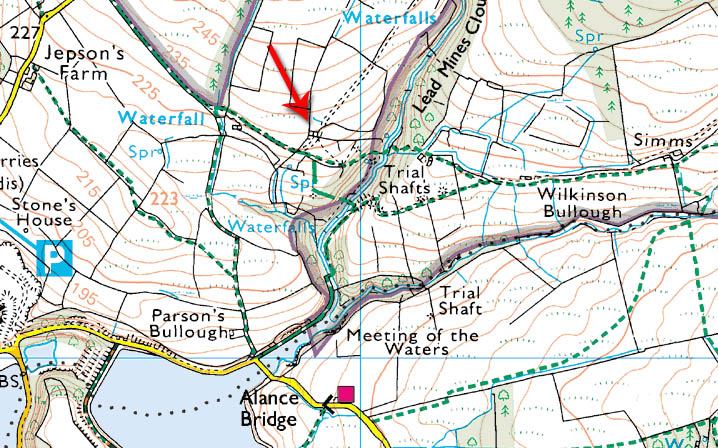 The ruins are within a field well populated in spring with Curlew and Lapwing.

In 1851, the census stated that handloom weaving was an occupation here, subsidiary to farming.  Ten years later, the farm was occupied temporarily by quarrymen.

Mr Dixon wrote to the Lord Mayor, Alderman and Citizens of the City of Liverpool, stating “I give notice to quit all lands I hold under Liverpool Corporation on February 2nd, 1923….. owing to the high rates and the heavy slump in prices, especially wool, the chief thing on a hill farm.” 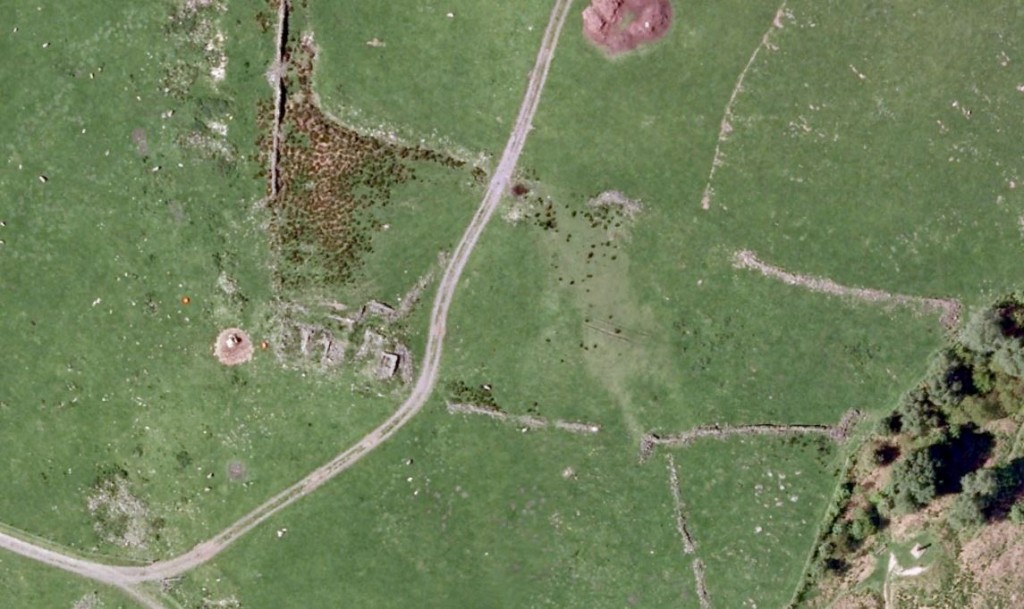 The track to the right of the ruins was previously to the left.

The barn was still standing on 1st August, 1925, when four men who were sheltering in when it was struck by lightning, and the contents (hay) were set on fire.  The men were uninjured, but the barn and its contents were totally destroyed.

There were said to be no particular striking features about the farm, and by 1936 nearly all of the roof had fallen in – but notably, most of the walls were still standing.