Old Knowle Farm is one of those, like Higher House Farm, that many people will pass by without evening noticing it.  As it is so close to Sheephouse Lane, there is precious little left, but if you look hard enough there is enough evidence to chew on! 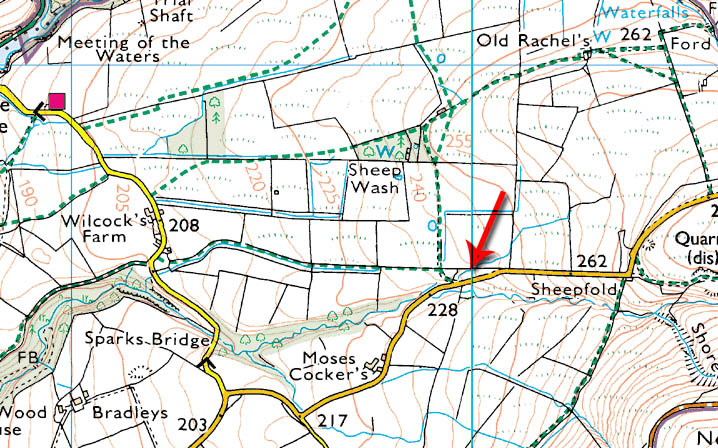 A drive-by ruin with links to Old Rachel’s.

The farm appeared to be quite a small property, although the water will have been clean, pouring off the slopes of Winter Hill before feeding into the River Yarrow.  All the nearby farms had their own feeder streams – in addition to Old Knowle Farm, certainly Old Rachel’s and Hempshaw’s both had water supplies isolated from one another, which is just as well, as it is anyone’s guess as to what was tipped in the water as waste.

There are the original old leases for the farm available at the Lancashire Record Office, reference DDX 121/32, 33 and 34.  I suspect these may be in Chorley Library, so if I get a chance, I’ll scan a copy.  Luckily, as the documents are so old, generally you can gain permission to take a duplicate.

Elizabeth Walmsley, a widow of Preston, owned the land at the time of the documents.  The first lease, from 27th January 1778, ran for 6 years.  Living in the house at the time, and therefore paying the lease, was a yeoman by the name of Jonathan Kershaw.  He paid an annual rent of £ 15 15s 0d, plus £ 10 for each acre ploughed.

Once this lease ran out, Mr. Kershaw left the property, and Thomas Anderton, a husbandman, took over.  He paid an annual rent of £ 16 16s 0d for the “messuage and closes”.However, only one year later, on the 5th or 6th January 1785, it appears that the farm was up for sale:

You can see the outline of Old Knowle if you overlay the outline on to modern aerial imagery, highlighted by the arrow “A”: 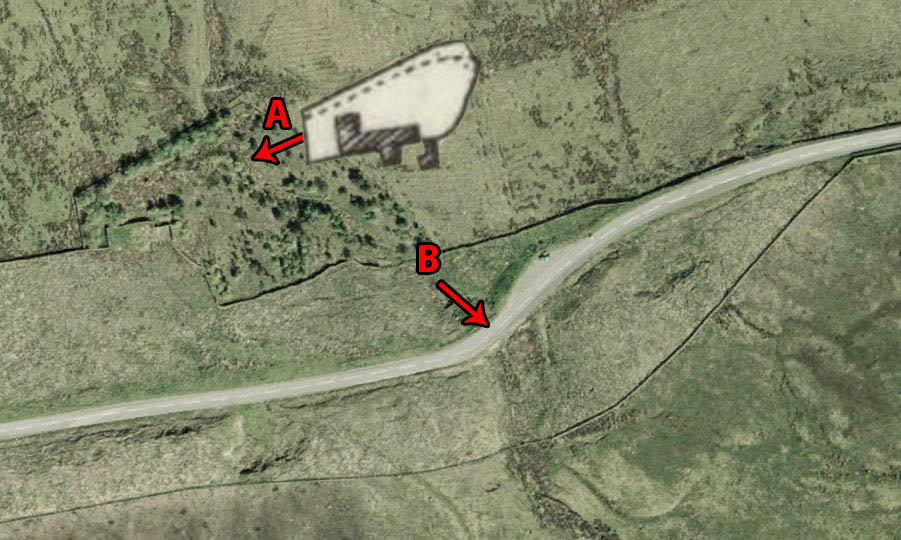 “A” shows the old layout on new mapping. “B” shows the spot where an accident occurred in years gone by.

Heading towards Belmont from Old Knowle on the lower side of the road, there is a rather sharp dip and curve to cross a small stream coming off the slopes of Winter Hill. This is the spot where a coach carrying a party of ladies overturned. They were on a mystery tour from Blackpool, and luckily no one was injured.

Several years ago, a website existed that contained old sketches of these farms.  I cannot find it now, and it appears to have long since gone offline.  Luckily, I still have an image from that site, that shows the buildings.  The image represents a hand-drawn sketch by the local historian, D. A. Owen, and ownership of the sketch remains his: 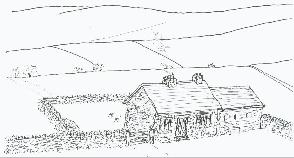 Old Knowle Farm – does anybody have any other sketches like this, showing the other farms?

The farm was still standing in 1851, according to a baptism record at the Church of St. Peter in Belmont:

The farm was probably put to ruin by the Liverpool Corporation during the construction of the reservoirs. 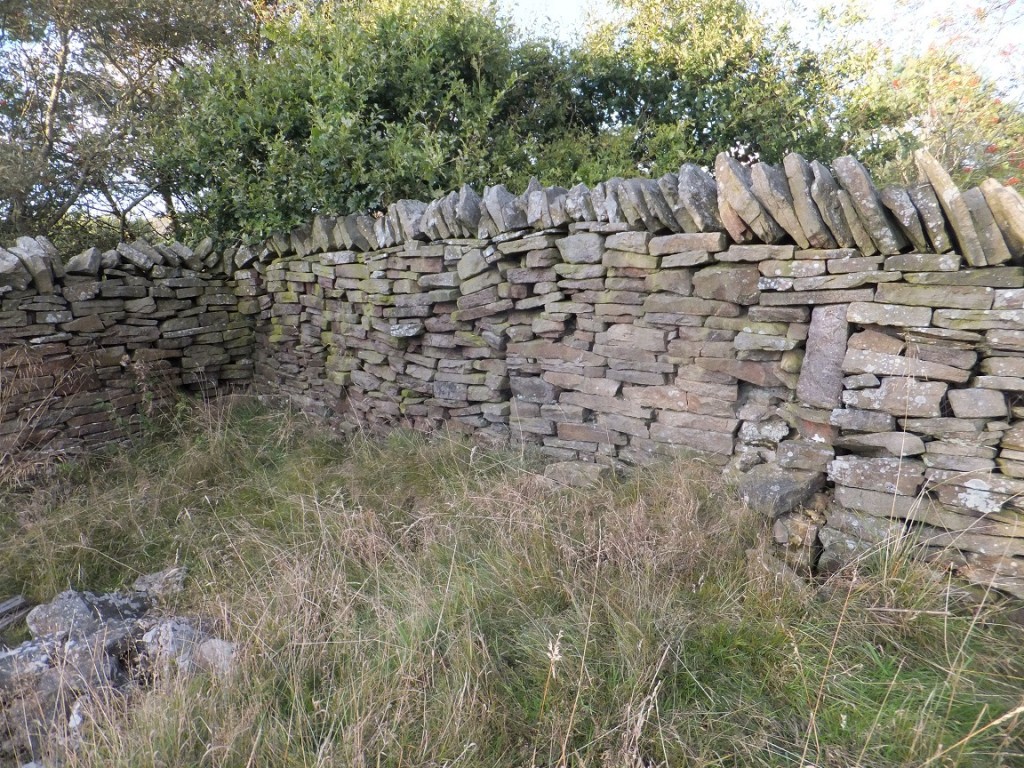 Remnants of the old building in the wall. 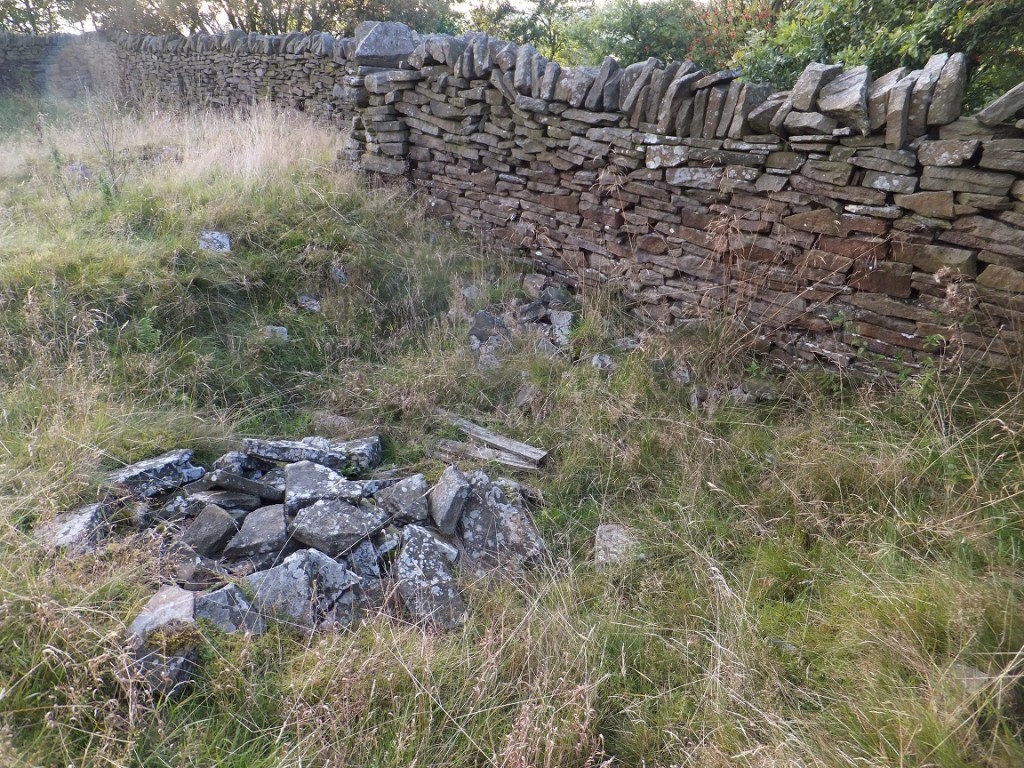 Stones on the ground from the original farm. 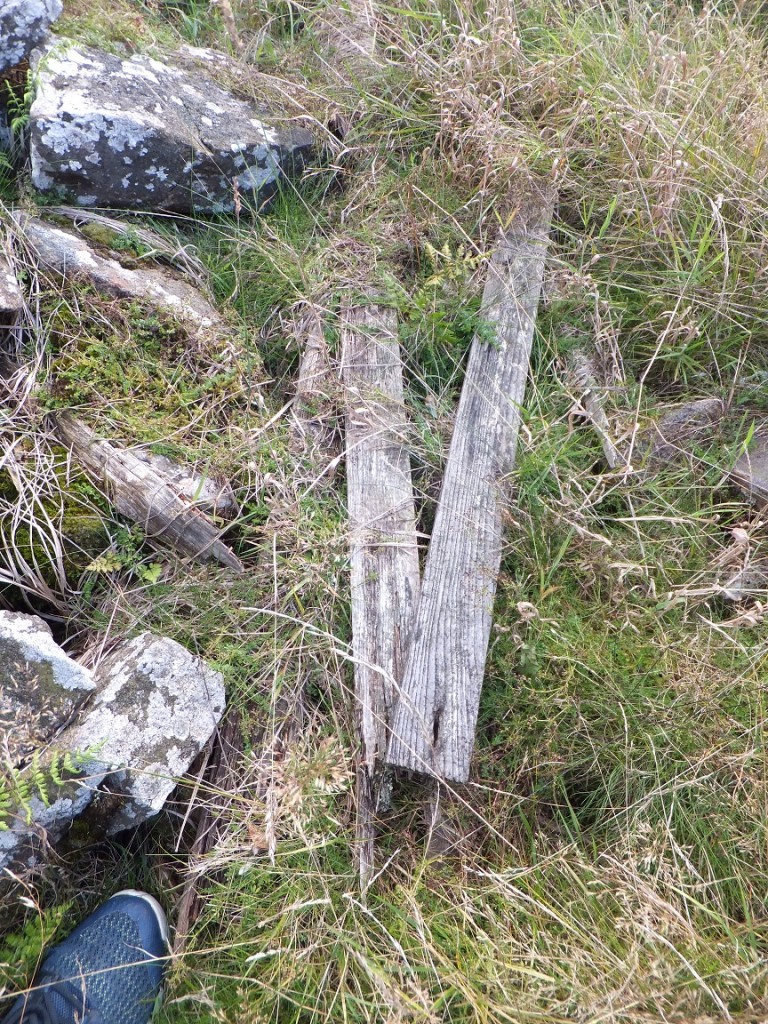 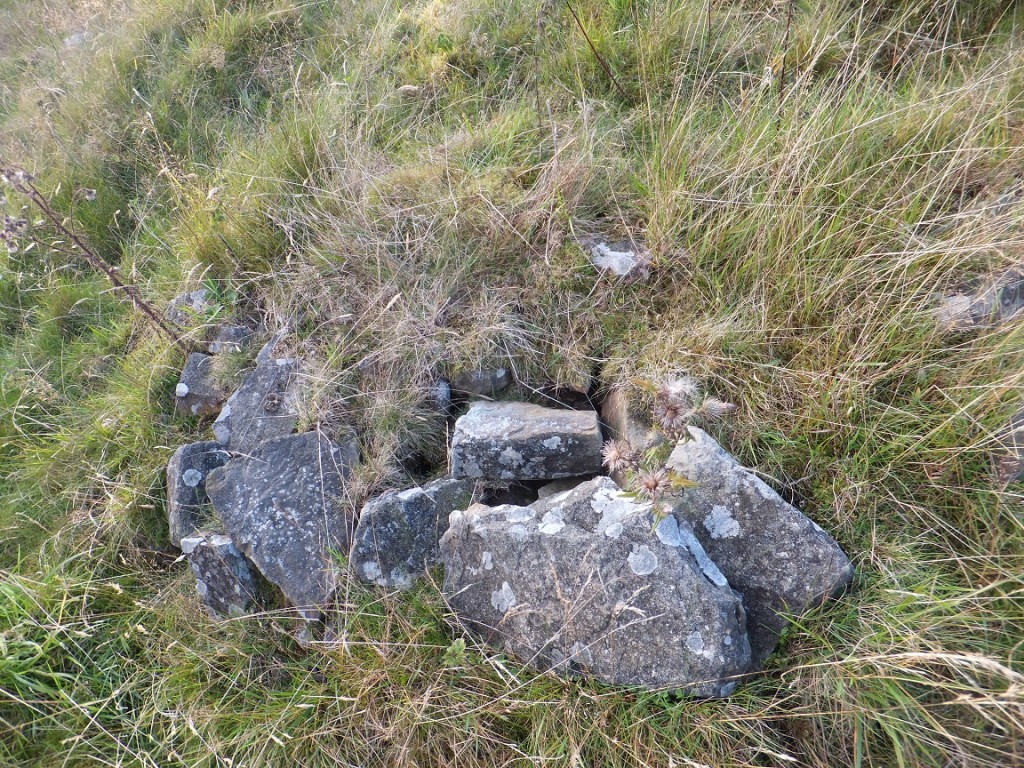 Close up of the old stones. 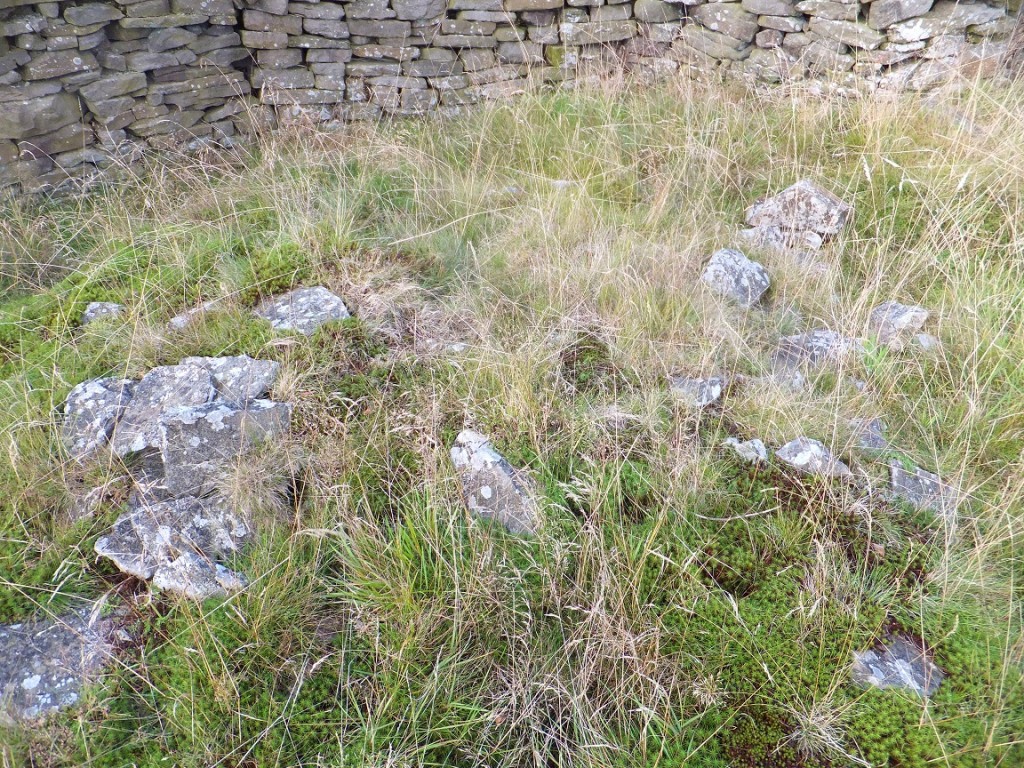 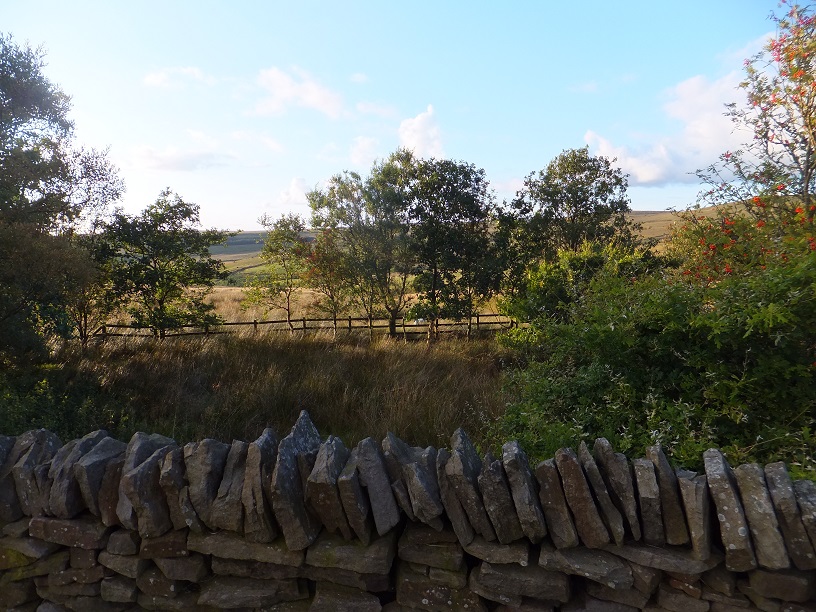 Views looking over the moors, was this an old field enclosure? 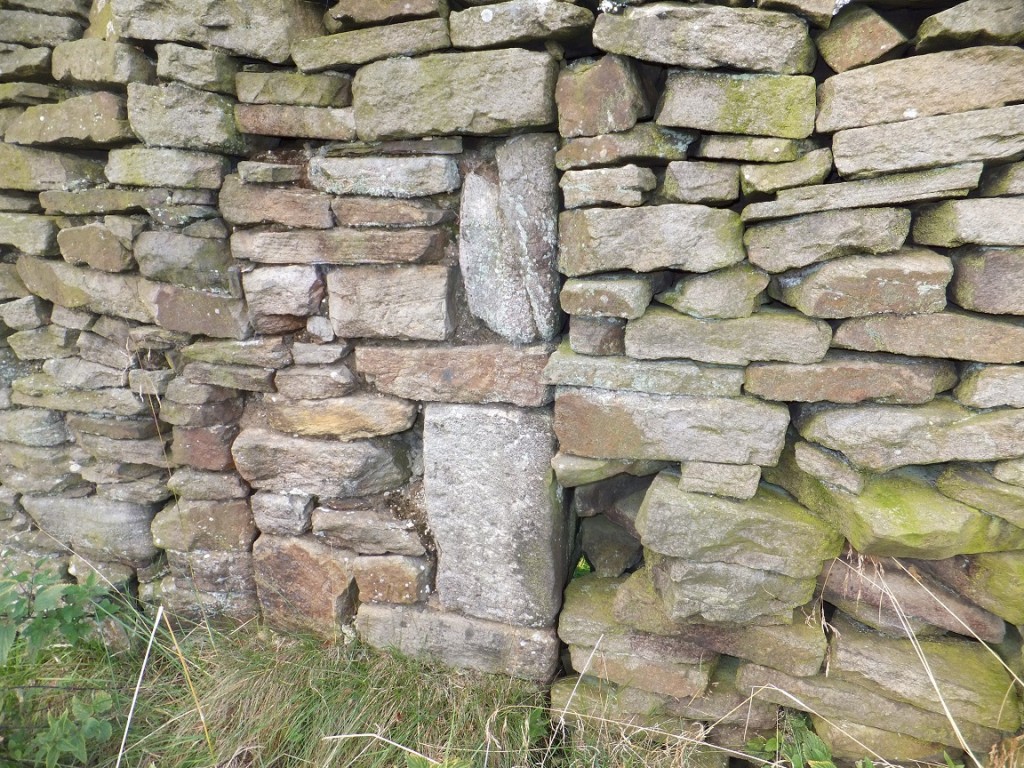 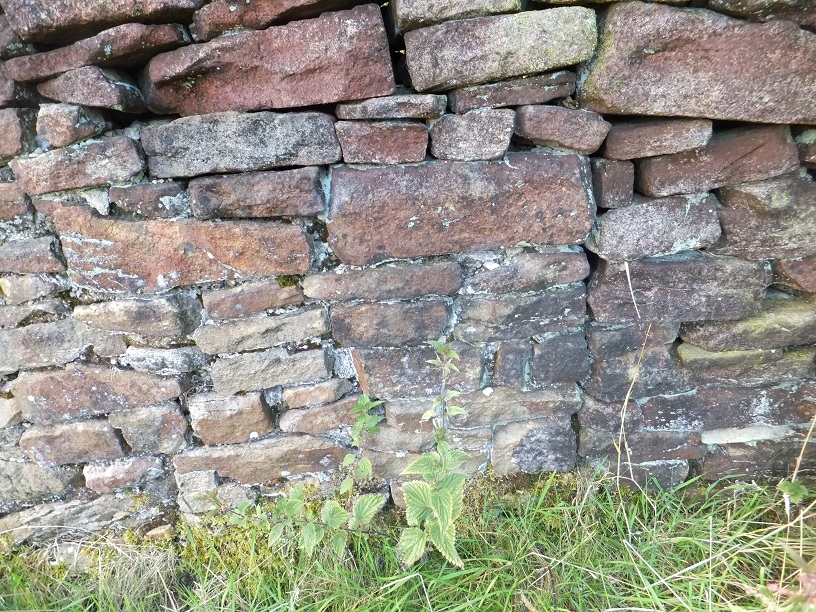